Can I Still Upload Music to Amazon Music in 2023?

How can I listen to my own personal music on Amazon Music?

You will get 2 million songs to stream on Amazon Music for free if you are already a Prime member on Amazon, while 90 million tracks will get if you become the Music Unlimited users, costing only $9.9 per month. While enjoying this vast library of songs on Amazon Music, some users will prefer to upload their own music collections to Amazon Music and play them together with the original Amazon audio online. However, things are not quite as simple as that.

"Uploading or importing your personal music to Amazon Music is no longer available", Amazon Music official stated. Amazon used to apply online music storage plans formerly, allowing users to freely upload & import their personal audios (up to 250 songs) to Amazon Music for streaming online, and those who have joint music storage subscription would get much bigger storage: 250,000 songs. But on January 15, 2018, Amazon announced this service would be shut down, and users would become unavailable to upload their music after January 2019. That means you will not able to upload music to Amazon Music Cloud currently.

But if you would like to import music files to Amazon Music app and play them as local music audio, you can still make it work today. Read on and you'll get the answer below.

How to Import Local Song from Computer to Amazon Music

If you have a few songs on computer and they are in regular music format, like MP3, you can get the Amazon Music app to read them after making some settings.

Step 1 Open Amazon Music app on your computer, and go to the "Settings" section.

Step 2 Scroll down and select "Automatically Import Music From", "Select Folder" and then choose your local MP3 files.

Step 3 Go to the "Library" and filter "Offline" on the "Locations" section. Now, you can see that your local audio files have been imported to Amazon Music app.

So What About Uploading Amazon Music to Other Music Services?

With no need to install additional apps (including Amazon Music), TuneBoto enables users to download Amazon songs to computer only within a few steps: add Amazon Music, set output format, and start conversion. After conversion, you will be able to transfer any playlists from Amazon Music to Apple Music or Spotify with ease.

Tutorial: How to Convert Amazon Music and Import to Other Music Services

The following will show you the detailed steps on how to download Amazon Music to computer in open music format and transfer them to other music services. Please download TuneBoto Amazon Music Converter first before getting started.

Install and launch TuneBoto Amazon Music Converter on your computer and log into the Amazon Music Unlimited or Prime Music account. The program will provide some indications, just follow them.

Note: TuneBoto needs to work with an Amazon account. But don't worry, it will not take any other information from your account other than the songs.

Directly selecting one of your preferred Amazon albums, artists, or playlists on TuneBoto's main interface, hit the blue "Add" button suspended on the right side, and choose the songs you would like to convert on the pop-up window.

After completing the above steps, the next one is clicking the button "Convert". Just a few minutes, all your songs will be saved to the selected output path you've set in Step 2.

By hitting the "History" button or directly going to the output folder you customized previously, you can access all the well-converted Amazon songs in MP3/AAC/WAV/FLAC/AIFF/ALAC format. And now, you will be allowed to import Amazon Music songs to any music services, like Apple Music or Spotify Music, without any limits. Just start enjoyment!

You will not be able to upload personal music to Amazon Music currently. But you can now import your preferred songs from Amazon Music to other music services, with the help of TuneBoto Amazon Music Converter. TuneBoto offers the free trial version for users to test its features. Now, give it a shot! 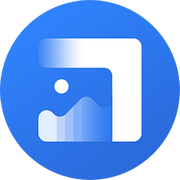 Still troubling with the unclear album cover and would like to improve it? Here we recommend the Album Cover Enhance AI to upscale album art in the best quality, make the old, blurred, or low-quality photos to high-definition.

Buy Now
Get the product:

How to Add Amazon Music to Rekordbox

How to Set Amazon Music as Ringtone